The US is trying to prevent Russia from recreating a new version of the Soviet Union under the ruse of economic integration, Hillary Clinton warned on Thursday.

“There is a move to re-Sovietise the region,” the US secretary of state told a news conference in Dublin hours before going into a meeting with her Russian counterpart, Sergei Lavrov.

“But let’s make no mistake about it. We know what the goal is and we are trying to figure out effective ways to slow down or prevent it.” 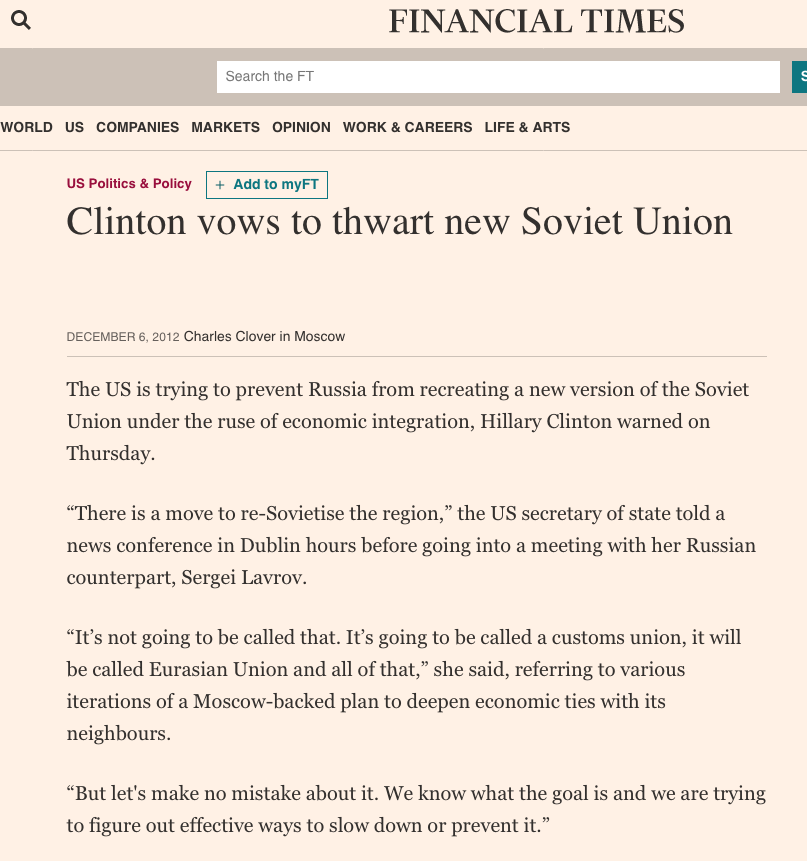